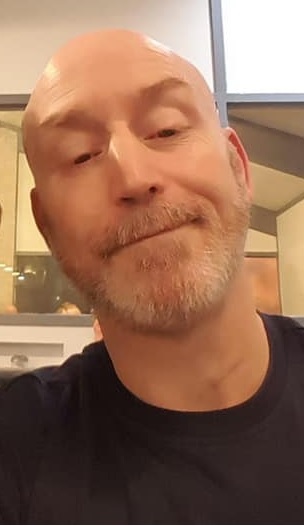 Randy Alan Markham passed away unexpectedly on Saturday April 17, 2021 at the age of 56 at Richmond Memorial Hospital.

Randy was born on November 13, 1964 in Akron, OH. During his high school years, Randy's family moved to Raeford, NC. He graduated from Hoke County High School in 1983 where he participated in football and wrestling.  Randy was known to his friends, teammates and peers as an affable and humorous young man with a heart of gold.
Following graduation he began his 33.75 year career with the NC Department of Public Safety (formerly the NC Department of Correction). He began his career in February of 1987 at Hoke Correctional Institution as a Correctional Officer.  Through the years, he promoted to the ranks of Correctional Sergeant, Correctional Lieutenant.  Randy promoted to the rank of Correctional Captain shortly before his retirement, which was official as of January 1, 2020.

During Randy's years of public service, his co-workers became like a second family.  Correctional line staff work 12.25 hour shifts. When travel time and sleep time are calculated in, they spend more time with their co-workers than their own families. His co-workers remember Randy as a true team player that was dedicated to serving and protecting the public.  They also remember him as being a no nonsense kind of guy that would not aim to hurt anyone's feelings, but everyone sure knew where they stood with him.  He did not mince words, but was always there to assist, guide, teach and lend a helping hand.
Randy found joy in being a father to his beautiful children.  As a parent, his mantra was to always be present.  Even though he worked many long and arduous hours, he always found time to attend special events for his children such as concerts, field days, awards ceremonies and sporting events.  Rarely did Randy miss the opportunity to support and love his children throughout the years.  When Randy became a grandparent, he found renewed joy in being able to support his beautiful granddaughter while she flourished and grew.  He loved the super donuts at the school book fairs and looked forward to that (almost) as much as being able to spoil his grandbaby with a new book or trinket at the fair.

Randy enjoyed spending time with his loving wife.  Many weekends since he retired, the two could be found at their backyard fire pit with their son roasting marshmallows or grilling some food.  The drinks were always cold, the seventies were blaring on the radio and the mood was always mellow.  Simple, quiet, and peaceful only begin to describe those memorable evenings.
Randy also enjoyed spending time with his extended family and friends, volunteering with the Boy Scouts, shining up his big red truck, gardening, playing cards and helping those around him. One of his favorite things to do since retirement was to play with a chainsaw and became quite adept at felling trees.

A celebration of Randy's life will be held on Sunday, April 25, 2021 at Roberdel Baptist Church, 1118 Richmond Road, Rockingham, NC. The family will be receiving visitors from 1:30 pm- 2:00 pm. Immediately followed by a memorial service at 2:00 pm, officiated by Pastor Billy Dennis.  The service will also be live streamed on the Roberdel Baptist Facebook page.  The family will be receiving friends and family at the home of Randy's widow, Selena Markham, at 4:00 pm.

In lieu of flowers, the family asks that you please donate to Roberdel Baptist Church Pre-School, 1118 Richmond Rd Rockingham, NC 28374.

Plant a tree in memory of Randy by clicking here.
To send flowers to Randy's family, please visit our floral store.

A service summary is not available

Plant a tree in memory of Randy
An environmentally-friendly option

Plant a tree in memory of Randy

1 tree planted in memory of Randy

R.I.P. Captain Markham
My condolences to the family

A Memorial Tree was planted for Randy Alan Markham

Plant a tree in memory of Randy